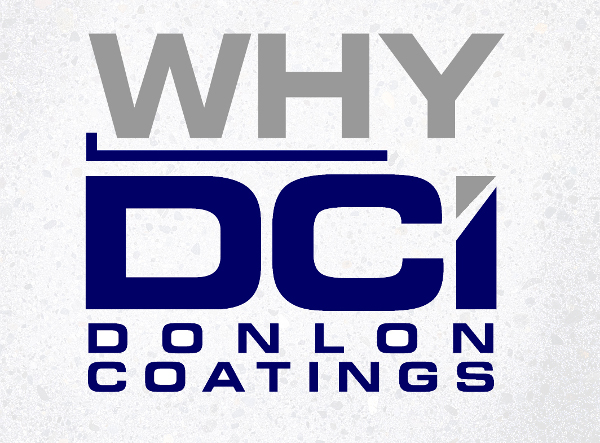 The typical cost of a residential application, and these are very typical, we would typically do a decorative chip floor in garages. They are around 20 to 150 dollars per bay to prep and do a garage. That’s allowing that there’s at least two bays. The smaller the job, the more expensive it gets per square foot because it has to absorb that mobilization cost. But if you have a two-bay garage, typical sizes are about 400 to 450 square feet, you can figure it to be between 22 and 25 hundred dollars per bay. The basement floors, (you would) I would say the average basement floor of 1000 square feet or less is in the 5000-dollar range to go in and grind and coat. (These uh) Again, you get smaller, you tend to pay closer to the same price because of the mobilization, you’re saving only on the materials, but those are pretty typical. So these are not very expensive ways to finish a floor. If you look at comparable substrates that you might put in your home or basement, your garage or basement, if you were to do tile or even really nice carpet, you could easily spend the same per square foot between preparation, mitigation, which you would have to do to either space to make sure that it never came up. And then the quality of the product would be at least similar to what we would give them would be at least as much money, so we compete with any other floor finish in residences as well as we do on industrial jobs.